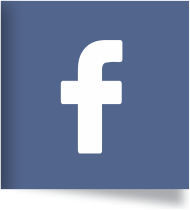 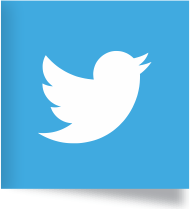 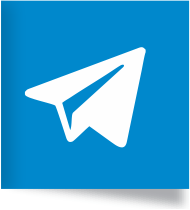 The conflict between Azerbaijan and Armenia over the Nagorno-Karabakh region remains to be one of the most controversial issues of the modern history of the South Caucasus. Nagorno-Karabakh has been a historical territory of Azerbaijan and majority of population were ethnic Azerbaijanis for the past several centuries. Armenian population could prevail only during the last two centuries after the settlement of the Armenians in this region as a result of the treaties signed between Russian-Persian and Russian-Ottoman empires at the beginning of the nineteenth century.

Although the Versailles Peace Conference recognized Nagorno-Karabakh as part of the Azerbaijan Democratic Republic of 1918-1920, Armenia did not abandon its demand on the territory. After two years controversies between Azerbaijan and Armenia, when the South Caucasus countries became part of the Soviet Empire at the beginning of 1920s, Nagorno-Karabakh was again flagged as a topic of discussion. Therefore, while referring to pre-existing reality, plenum of Kavbureau CC RCP(b) (Caucasus Bureau of the Central Committee of the Russian Communist Party of the Bolsheviks) decided to leave Nagorno-Karabakh within the territory of Azerbaijan Soviet Socialist Republic according to the decree of the July 5, 1921. Further in 1923, it was granted with an autonomous status.

On the eve of the collapse of Soviet Union at the end of 1980s, the Regional Soviet of Nagorno-Karabakh decided to transfer the region to the sovereignty of Armenia, which was rejected not only by Azerbaijan SSR, but also by the Supreme Soviet of the USSR and the Central committee of the CPSU with reference to the Article 78 of the USSR Constitution. The Article 78 clearly signified that territorial alterations were unacceptable without the agreement of the affected union republic. Despite this fact, Armenians of Nagorno-Karabakh followed a secessionist policy and began to create their political structures with the direct support of the Armenian SSR. They elected a Congress of Authorized Representatives of the Population of the NKAO in the summer of 1989. The congress was comprised exclusively of Armenian deputies, elected by local soviets or by village councils. On 24 August of 1989, the congress elected National Council, featuring 78 members, and its Presidium became the de facto government of Karabakh.

Furthermore, Armenian side used the Soviet Law of 3 April 1990 “on the Procedures for Resolving Questions Related to the Secession of Union Republics from the USSR” as a legal basis to justify its separatist actions. These endeavors explicitly violated not only above-mentioned article of the Soviet Constitution, but also the 1990 April Law per se. However, from that time on, Armenians possessed unconstitutional government over Karabakh.

Therefore, this study that based on the book project called “Karabakh in 99 Questions” is intended to introduce the main historical, political, and legal facts and arguments regarding the Nagorno-Karabakh conflict as a collection to the readers. Each of the presented materials is scientifically substantiated and developed by the authors in detail according to local and international sources, documents, and treaties. The facts, ideas and opinions are presented to the reader with appropriate scientific references. It consists of the ‘Questions’ part, which contains 99 different questions and answers from historical, political and legal aspects, and ‘Documents’ part, which contains the main documents and treaties that mentioned within the study. It should be mention that the author of the project and book idea is Ceyhun Osmanli and the authors of the book are Ceyhun Mahmudlu, Bilal Dadayev, and Shamkhal Abilov.